The Sealed Ahamkara Grasps were sculpted for a commission. Again we were blessed with a client that matched one of our measurements so I could always compare sizes to Houston. This set includes a pair of pauldrons, bracers, and gauntlets that have an organic, bone-like shape, but painted chrome. 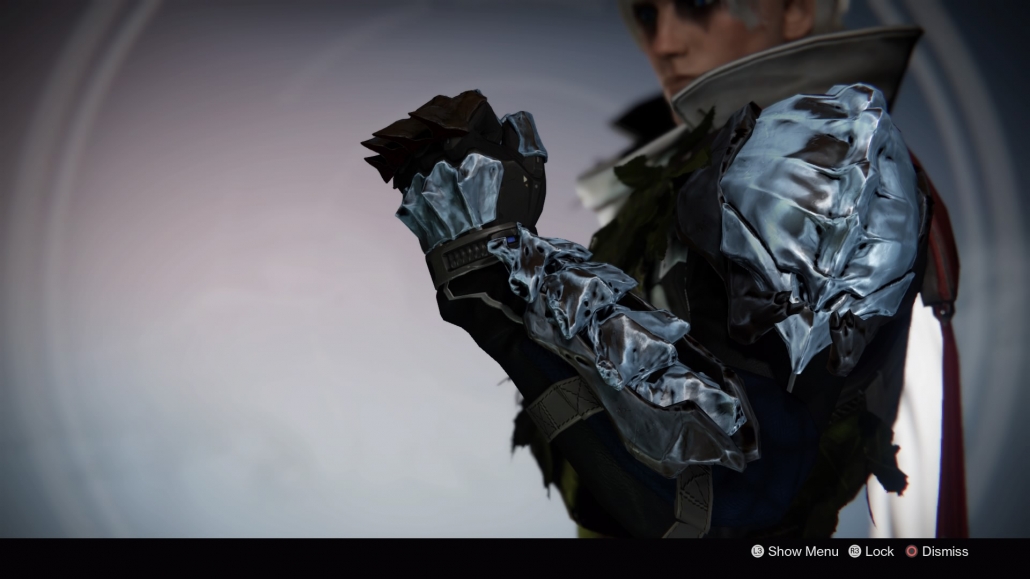 I spent forever and a half sculpting the pauldrons and bracers, trying much harder to achieve symmetry unlike Ahamkara’s Spine which is a little wonky at best. I distinctly remember sculpting the hand and finger pieces while sitting on the couch watch Rock play LoZ Breath of the Wild for 5 days straight (almost literally, lots of sleep on the couch). That should give you a sense of how much time needs to be poured into sculpting… 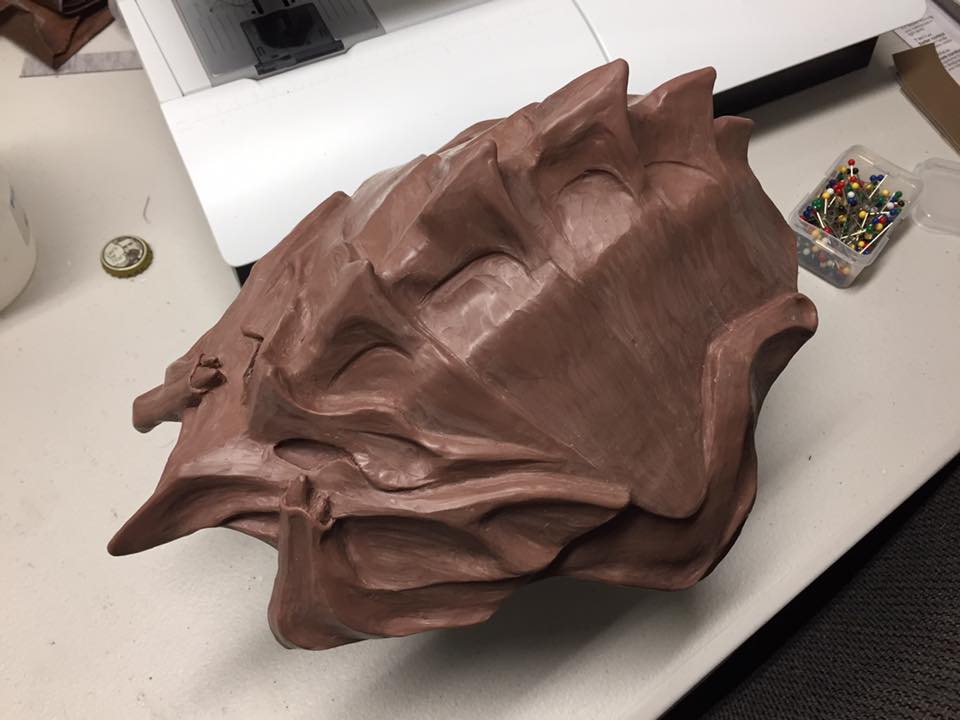 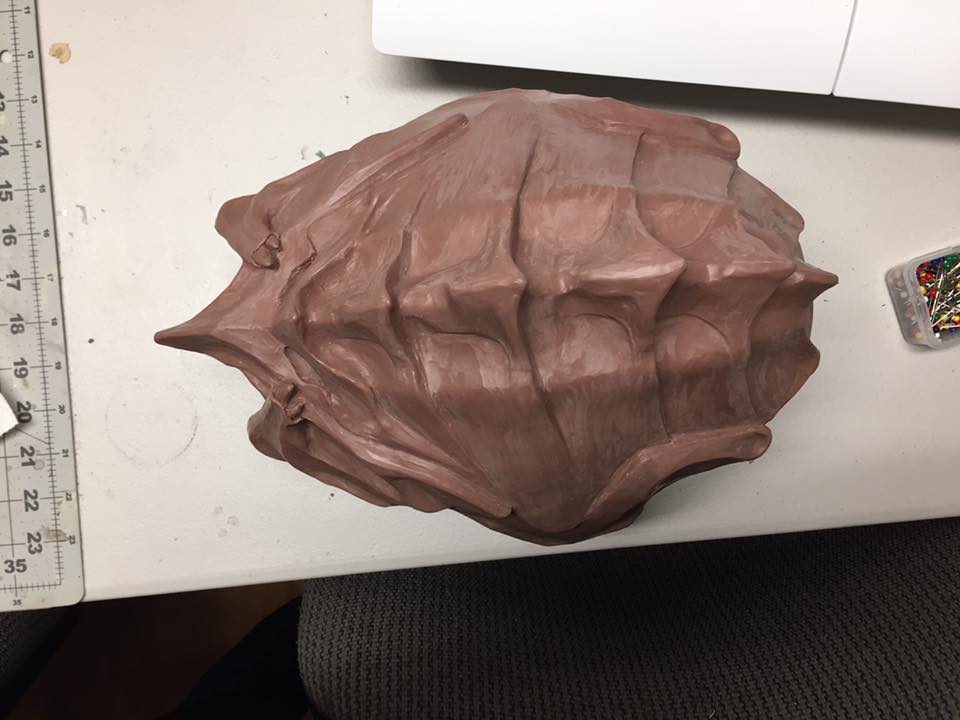 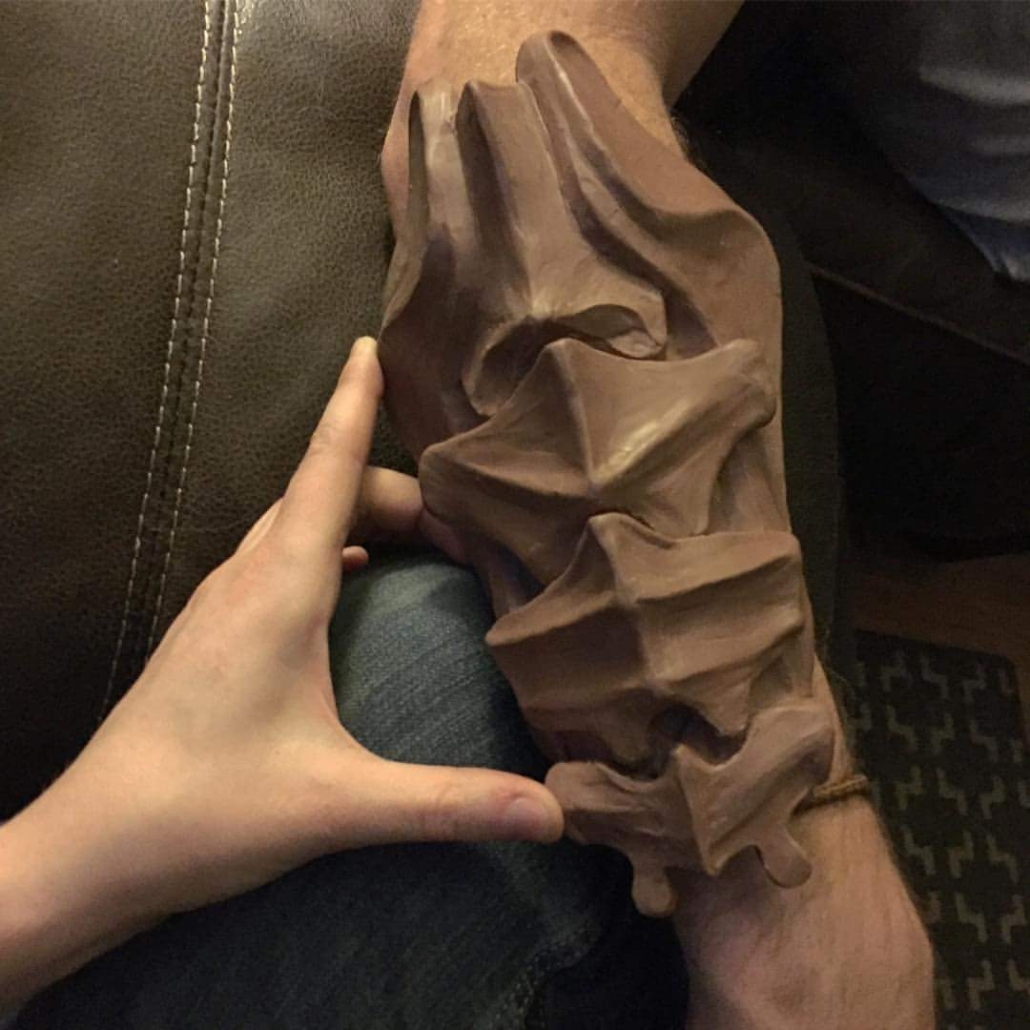 In order to help smooth the surface of my monster clay sculpts, we applied Isopropyl alcohol to the surfaces with a large, soft paint brush. This dissolved part of the layer, removing my fingerprints and minor imperfections.

The pauldron, bracer and the large pieces for the back of each hand were molded as brush on molds using Smooth On’s Mold Star 30 (not great for use, but it’s what we had and it needed to be used) and Free Form Air as a shell. The hand pieces were all set up right with small Monsterclay bases and a box built around them, and molded together in a block mold with Mold Star 30. The rotocast pieces are cast in Smooth-Cast 65D, and the finger cast in Smooth-Cast 300 when available.

Now people with money would have called these junk molds, cast one set, sanded them down super smooth, then made new molds. But oh no we broke af and we have now sanded 5 sets of these bad boys enough for a near chrome finish.  A sane person would make junk molds anyway. But I hadn’t yet learned how much I detest sanding, nor how much sanding would be in my future.

The fingers are always fun to cast, it’s like a test of my ability to not panic with curing resin in a cup while trying to get resin into each finger hole without covering the entire hole which would create bubbles. It’s almost always a disaster. 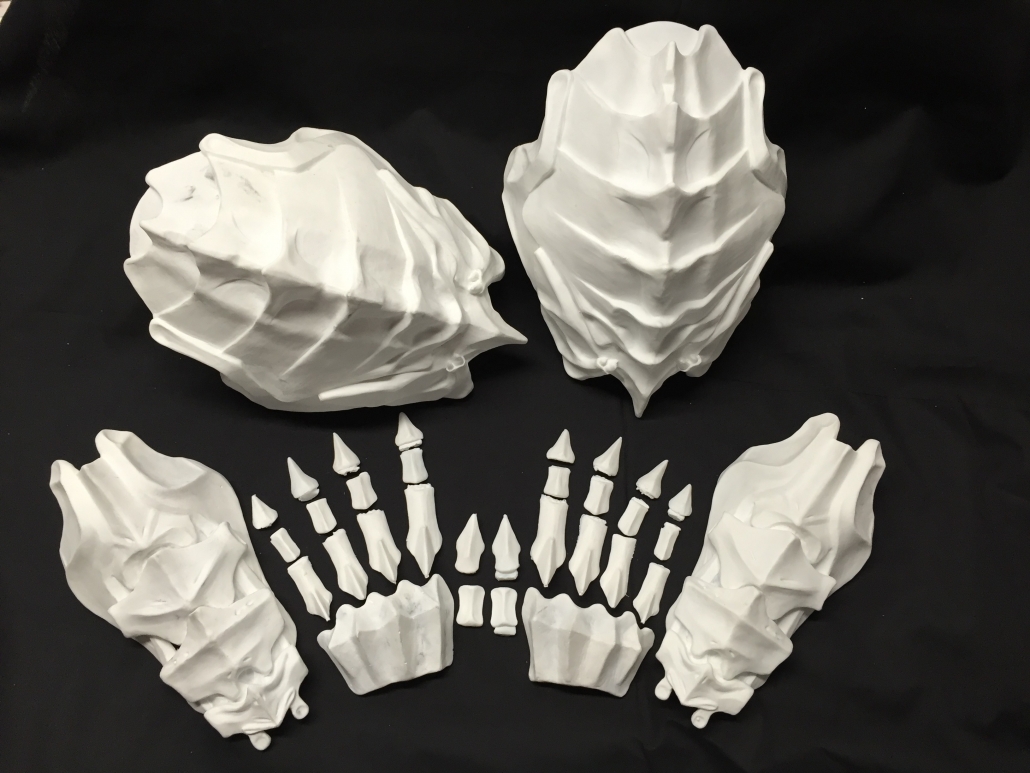 Painting though can just…not. We’ve fought these pieces so much regarding paint. Maybe it’s because we have to paint in our garage or outside where all sorts of things can totally screw up a paint job but it has just gotten worse and worse with every set we’ve had to try and paint. Our favorite cheap near chrome we’ve tried is Rust-oleum’s Inspire Metallic chrome, and none of the other cheap brands come close to getting as nice of a finish. We have never been able to achieve the two tone effect as seen in the game, I’ve seen some people use different colors, or some people left the darker parts un-sanded. Other makers have left more imperfections which actually allows some weathering to give depth to these shiny pieces which I sorely wish I did. 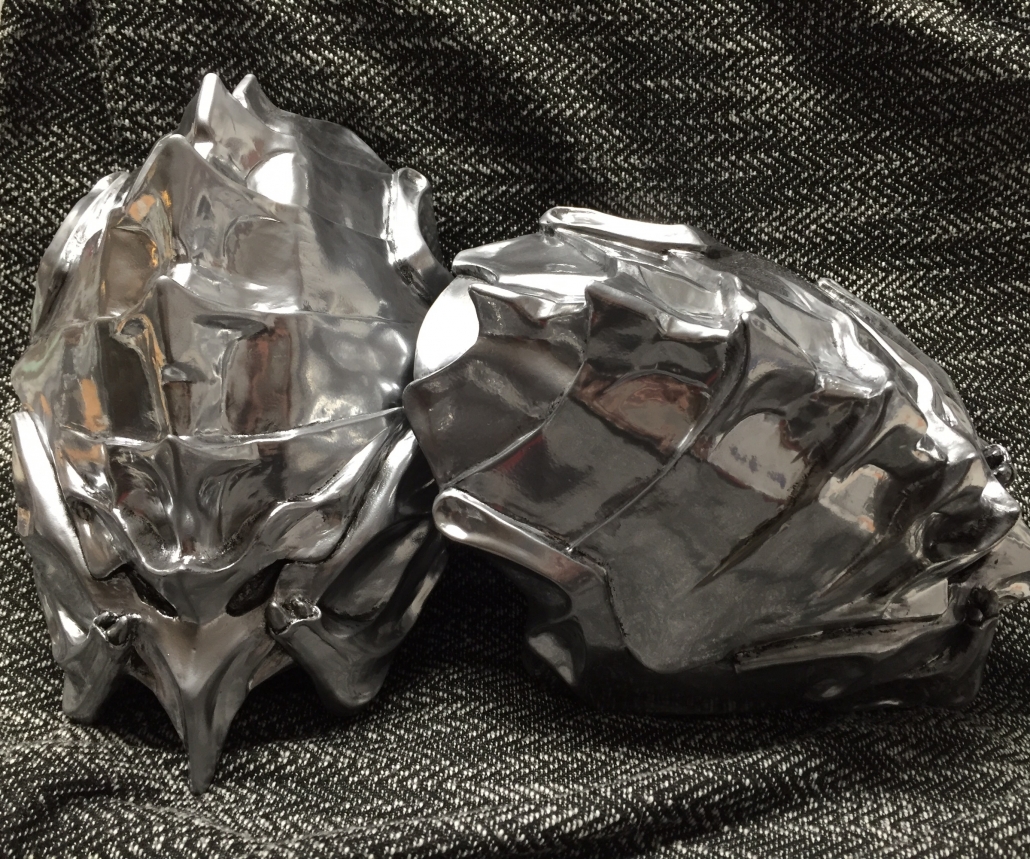 We messed up one set because we tried a clear coat on some bracers (instead of testing it?!?) and the clear coat removed the reflective surface we had. However the chrome takes DAYS to dry even in 15% humidity that is Colorado and fingerprints happen when we’re careless. 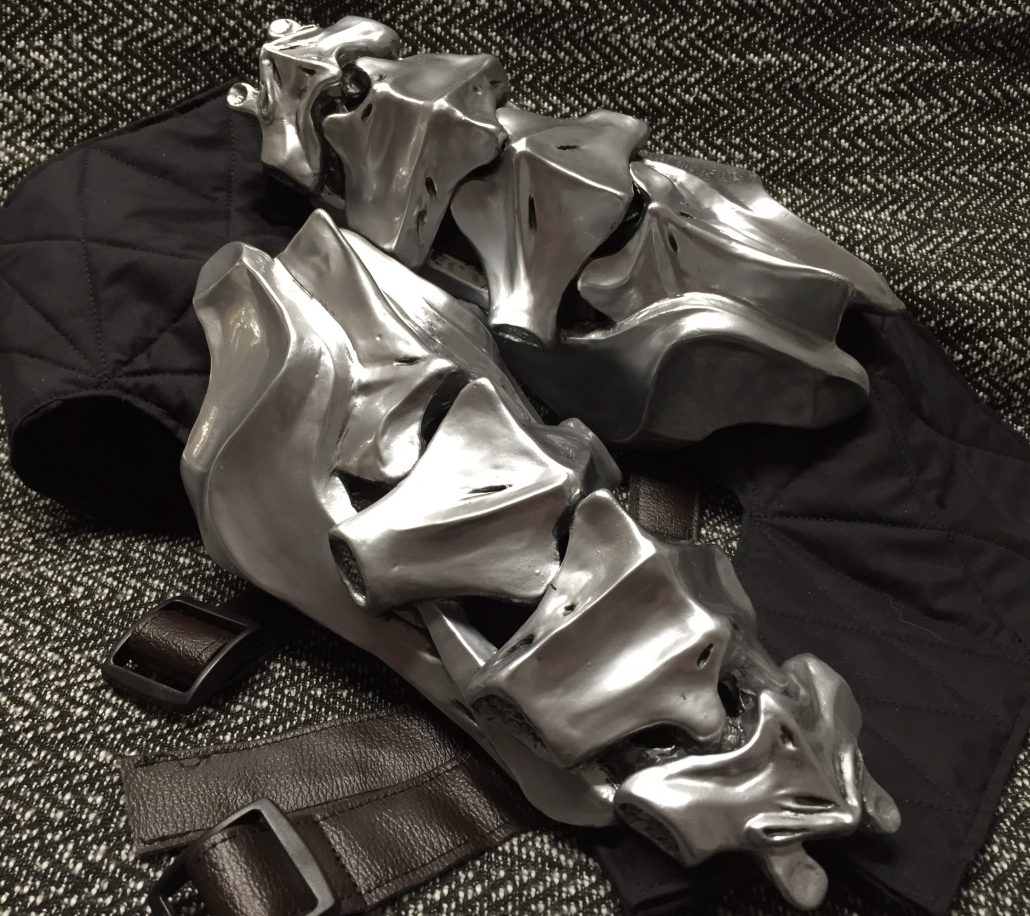 We’ve also had an issue with the surface of the paint, which could have been caused by a number of things including environmental factors or the urethane resin giving off oils for days (or apparently even weeks?) after supposedly curing. 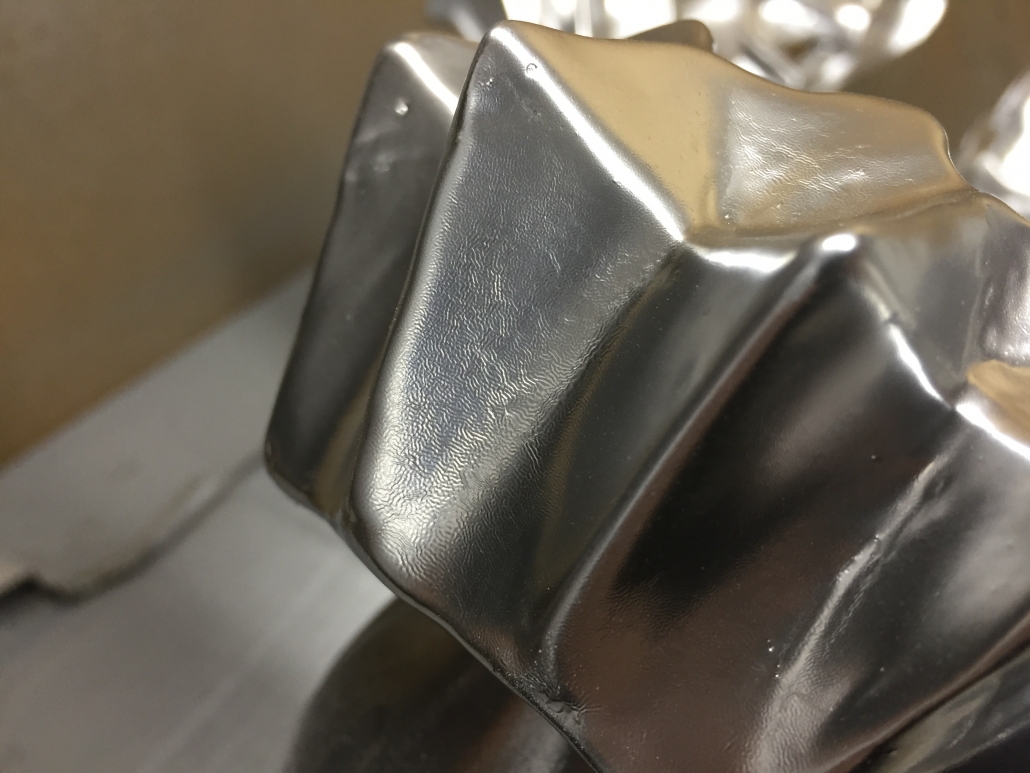 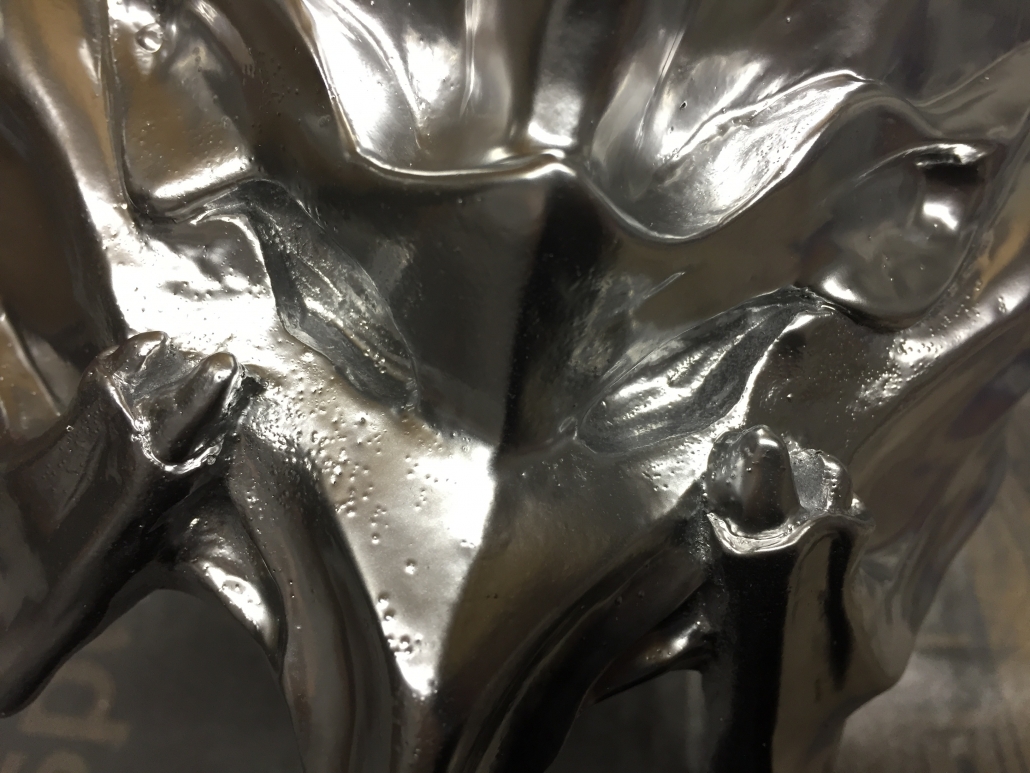 The pauldrons stay on the shoulders nicely with a single strap connecting under the shoulder of the armor. Allows total free movement but on tiny arms like me I have to make sure it stops getting caught on my armor, and bending over normally will cause it to swing into your face. The bracers have the same attachment as the spines for Ahamkara’s Spine, and the hands can thankfully be glued to just about any glove. We like the cheap tactical gloves found on amazon. 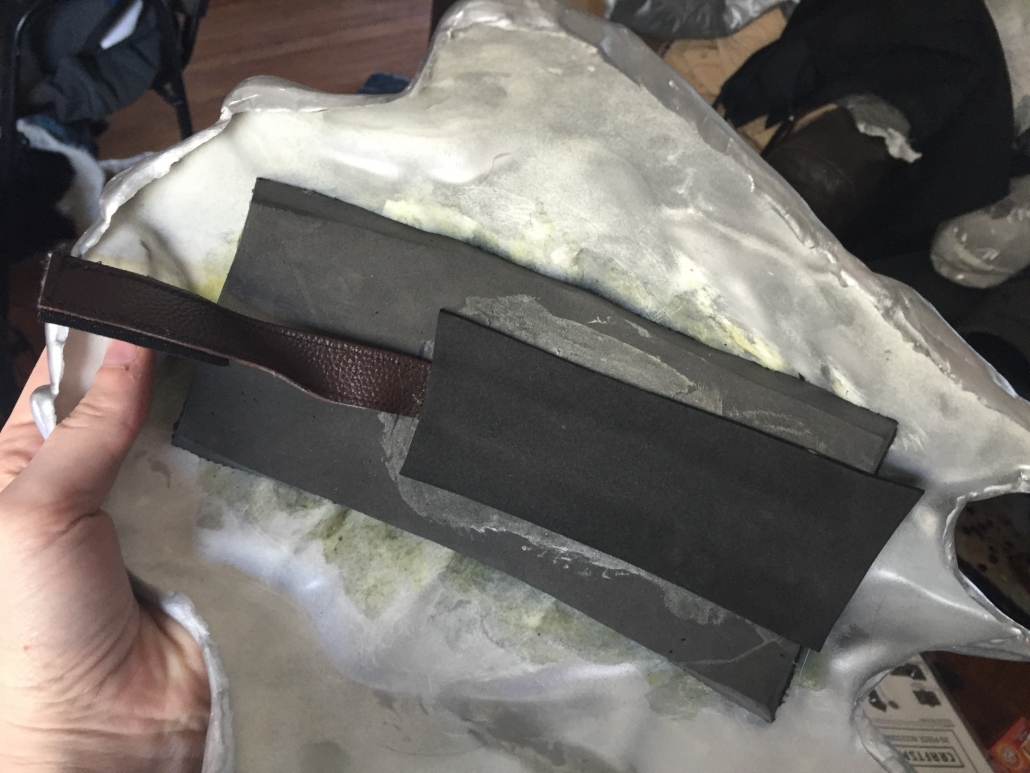 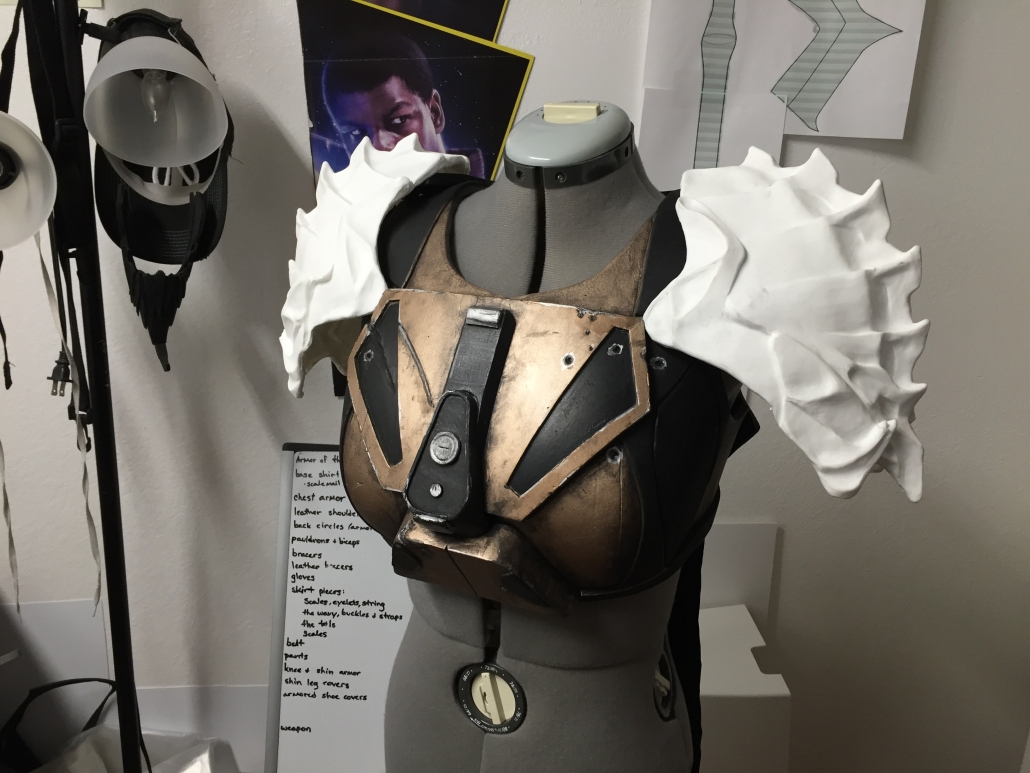 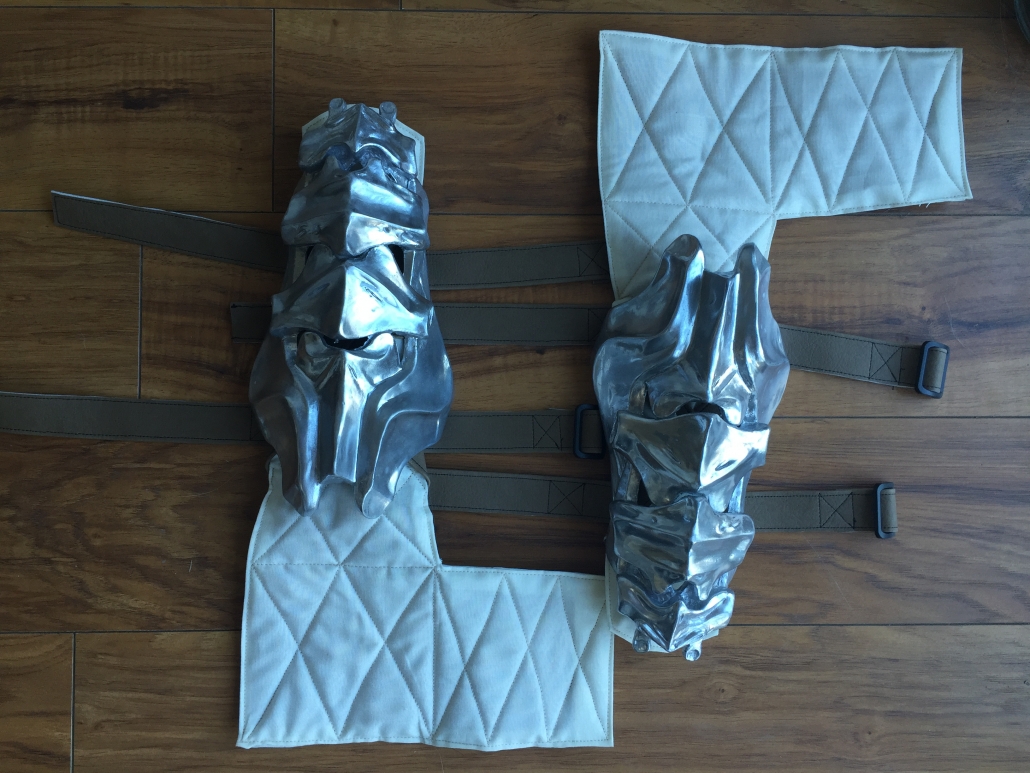 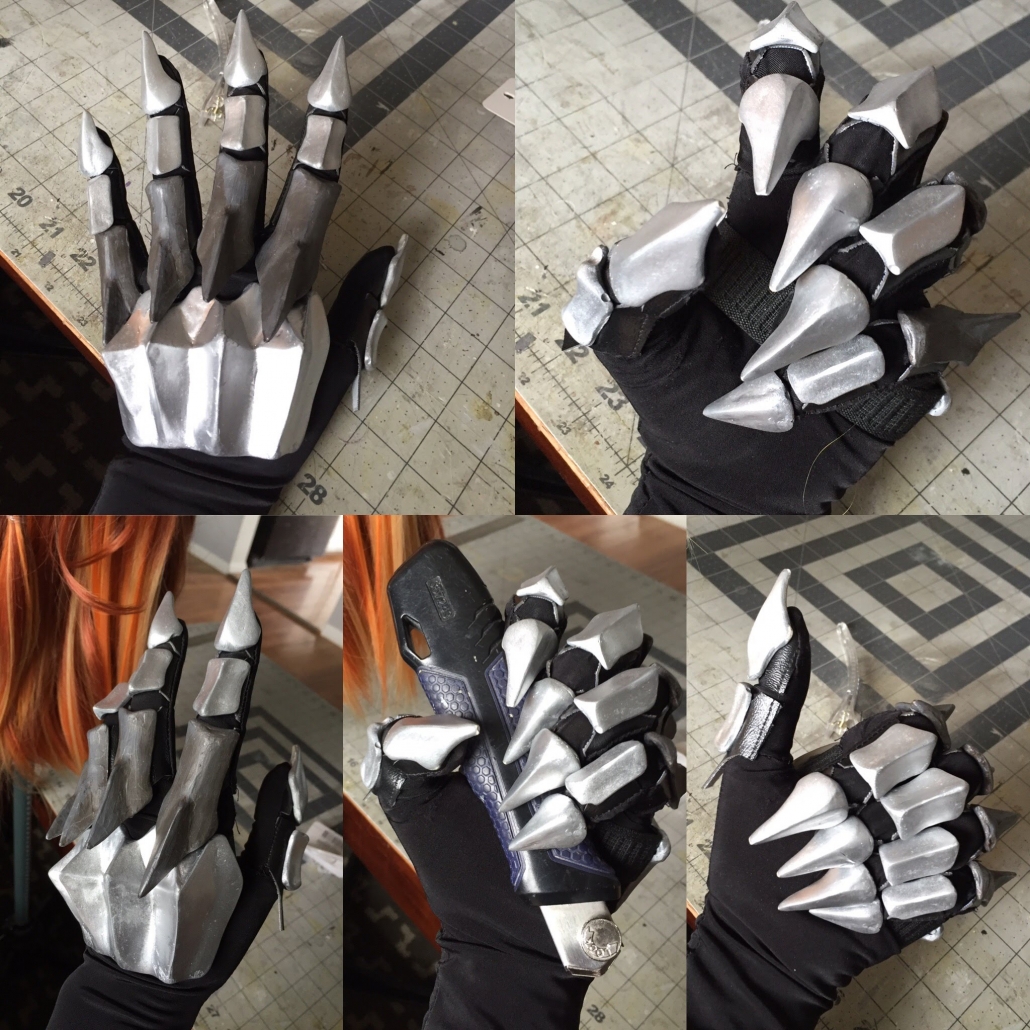 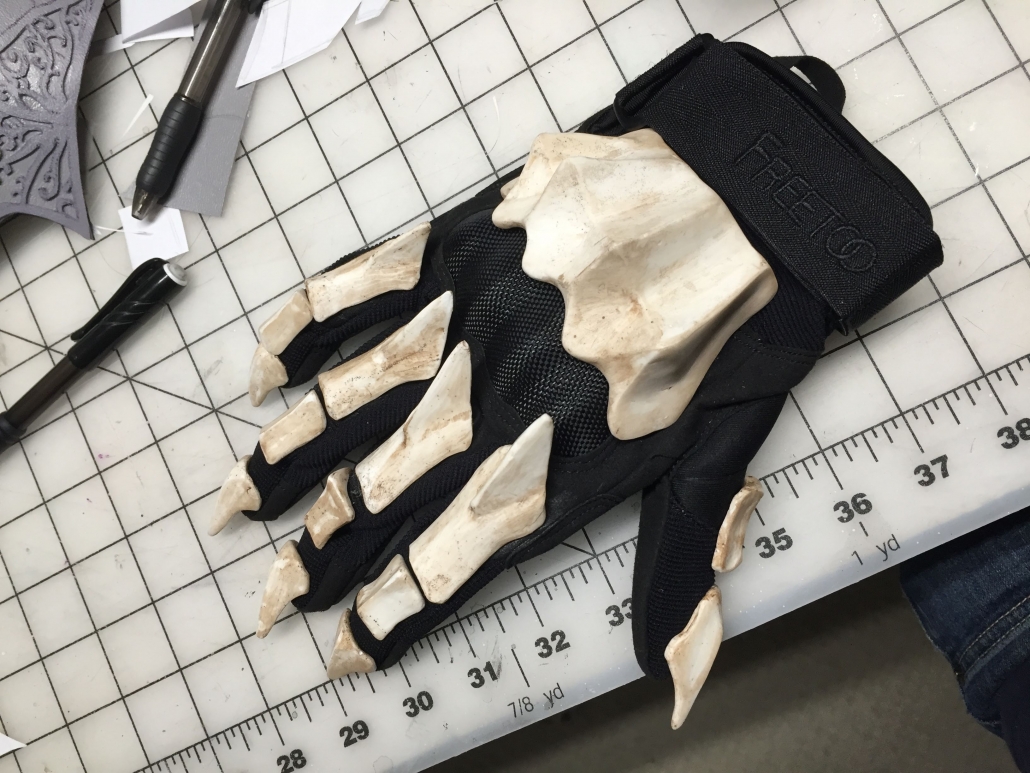 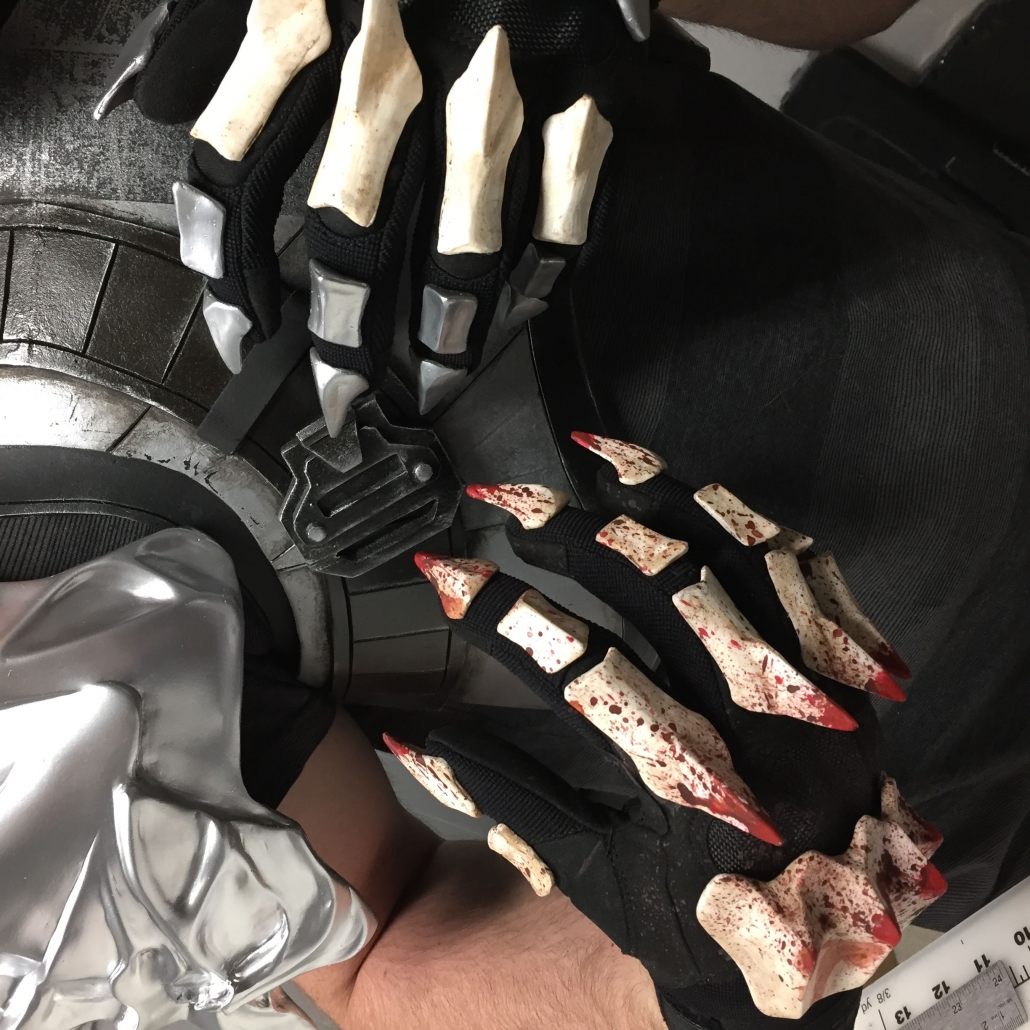 Crest of the Alpha Lupi | Destiny
Scroll to top